Get Personal, The Future Of Artificial Intelligence Design At Bitonti Studios – Forbes 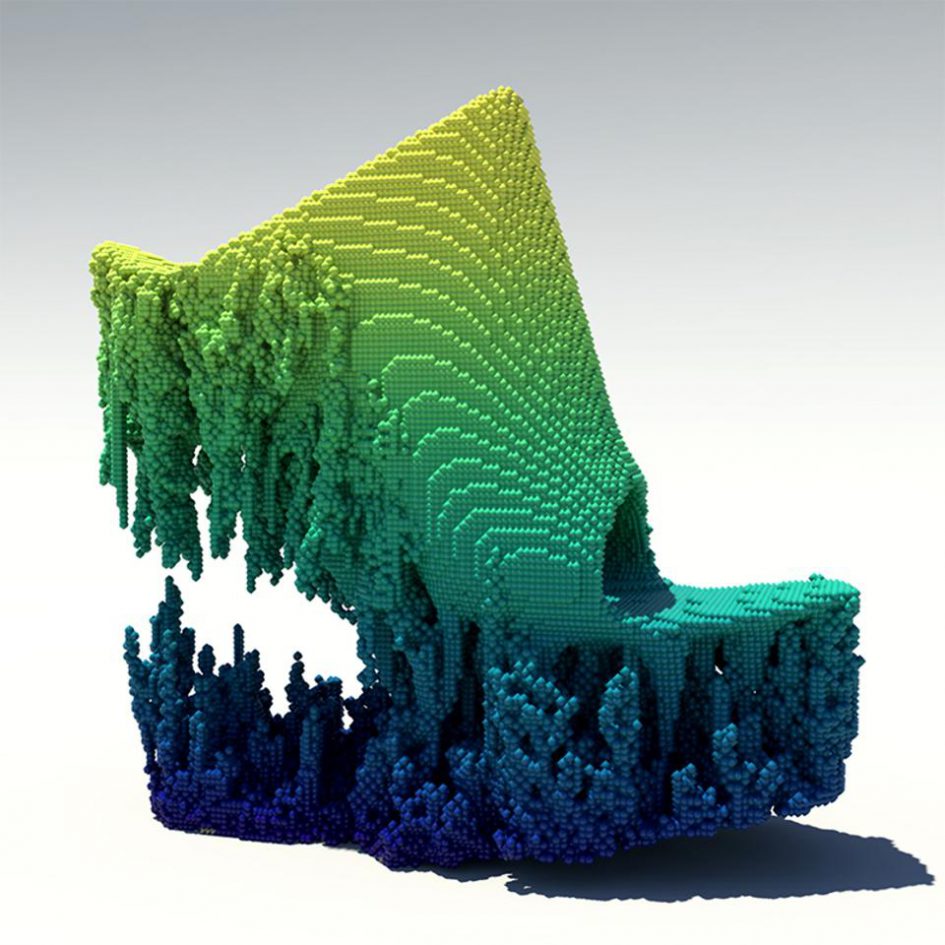 When the Hunger Games came out, everyone was a little shocked by the elaborate and sometimes grotesque personalized outfits and body modifications of the Citizens of the Capital but to me we are already here. The Next Gen trend in design + technology is personalization, aka algorithm based design that computes styles based on your shopping preferences. Stitchfix is using their version which they call Hybrid Design (co.com). Given the homogenization that has occurred in the music world one wonders if “personalization” is really the right word and whether it will pay off with enough design integrity to work long term. It was always the other way around and the companies that have led have understood this. Would we love Apple products so much if they had been designed by a computer? Probably not.

At the forefront of this question, is Studio Bitonti, set to roll out a new arm of their company, Bitonti Technology, Fall 2017. The company has been on the leading edge of the 3D printer revolution since 2007 when they made one of the first 3D printed dresses, a stunning black number created for celebrity icon Dita Von Teese. What made this dress stand apart from other 3D fashion attempts at the time, was “the use of computational models to make textiles that customized to the models body shape,“ rather than simply working with static design pieces. 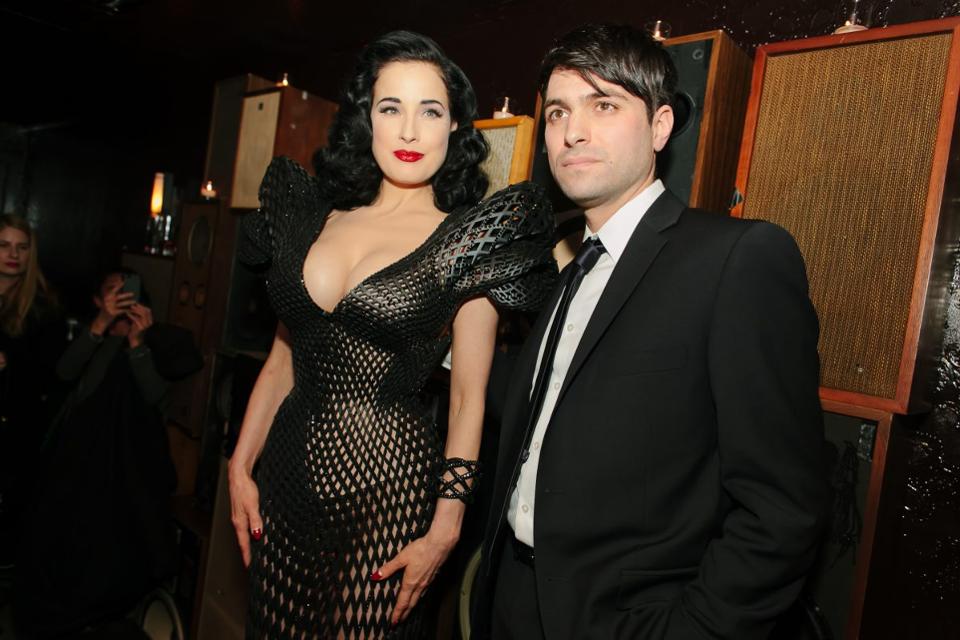 Bitonti Technology will be launching their GENYSIS API program which will use generative algorithm programs that create lattice patterns, topology, optimization and machine learning capability combined with a CAD framework. The new company will be focusing exclusively on generative algorithms. “We believe the next generation of material innovation will be both digital and physical,” says Bitonti. In other words, designers can work with a synthesis of information and design parameters and turn it into design. Think of it like the way Netflix gathers information as you browse.  What if you could turn those browsing patterns into design?  It’s also a bit like Google’s Style Transfer program that can comprehend brush styles of artists like Picasso and Van Gogh and then apply those same techniques to any photograph. In the near future, the phrase “wearing your heart on your sleeve,” may actually be literal.  While companies see commercial opportunities, designers like myself design integrity is still very much at the heart of Bitonti Studios. One of the best examples of this, is their collaboration with Wonderluk. The designers chose 36 variables to create an algorithm that transformed into beautiful necklaces, earrings and bracelets, no two of which were alike. While the GENYSIS program will initially be targeted at experienced program developers, the goal of Bitonti Technology is to eventually democratize design AI with programs that everyone can use. I may just get my design book for Dummy’s yet. Fluid relationships between materials and technology is the new gold rush. 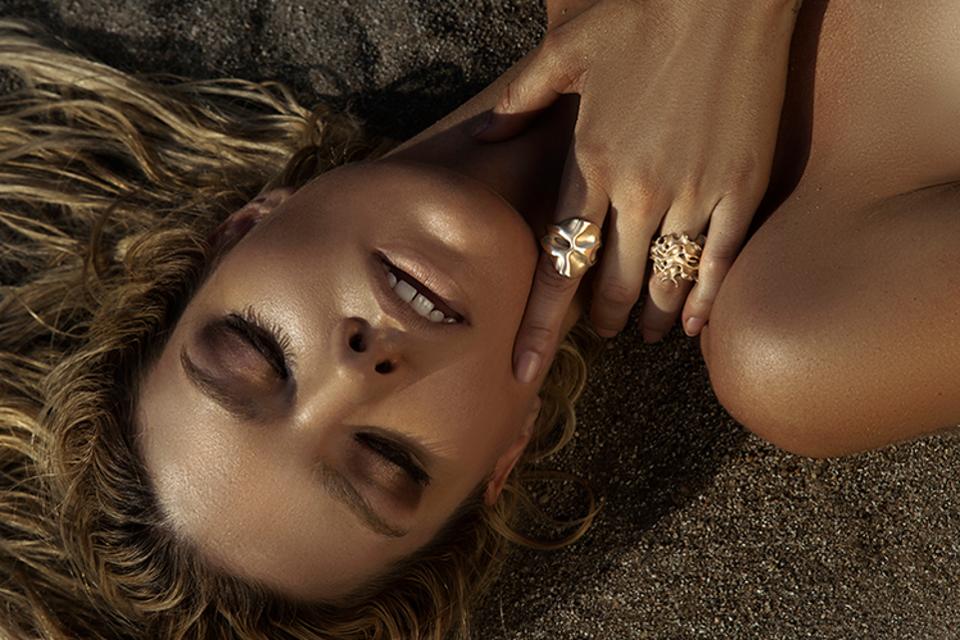 Originally an architecture student, Bitonti found himself working with design studios to create 3D luxury design at a fraction of the cost of regular production. United Nude, a Dutch company that produces beautiful architectural shoes was one of their first collaborations.  Together they created a gold 3D printed high heel using an algorithm to create the pattern that mimicked the movements of ants. The result was a beautiful blend between organic design and technology. Another “shoellaboration” of note is their work with Adobe to “grow” pairs of shoes from a mathematical algorithm based on “Conway’s Game of Life.” No two pairs of shoes are alike as each is created from a different manifestation of the algorithm. In addition to designing shoes, the company is currently working on aerospace programs (information of which they can’t divulge for obvious reasons). They worked with Intel and Chromat to create the Adrenaline dress that uses smart fabrics that expand and contract in response to stress that increases a person’s heart rate, breathing and temperature. In 2013 and 2014  they ran a New Skins Workshop series in London and Los Angeles. It’s not surprising that in their short ten-year history, Studio Bitonti has been recognized as being on the leading edge of design technology. 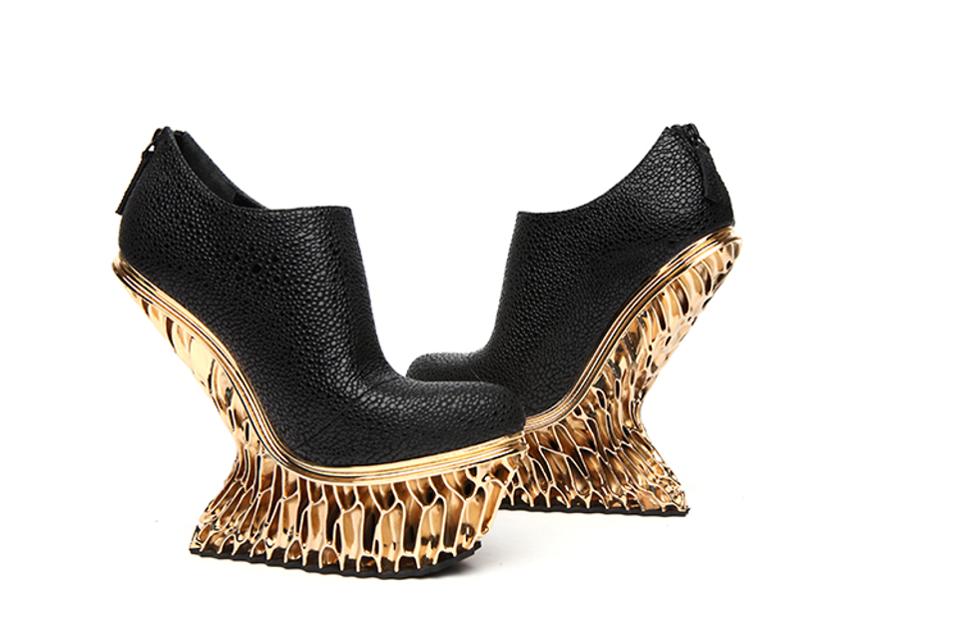 One of the most exciting projects they’ve worked on using Genesis is their recent collaboration with UNYQ, the New York based prosthetics firm that is bringing high fashion to the world of prosthesis. Together, Studio Bitonti and UNYQ created UNYQ Align, a new brace for Scoliosis sufferers. Traditional braces have been torturous, heavy and awkward. GENYSIS allowed them to use algorithms to gauge the different stress and weight points of a brace on the body, and design a brace that is 70% lighter, breathable and beautiful enough to wear outside your clothes. The brace is so stylish, looking more like modern sculpture than a health device that it launched UNYQ into catwalk shows, blending the lines between fashion, health and tech even more. Each design can be customized in the same way that their prosthetic arm and leg covers can be, to fit each person’s body shape, weight and dimension. The brace is available at the UCSF Children’s hospital as well as online. Prosthetic covers offered by the company range from tattooed calves to floral arms. A short visit to their website reminded me of Aimmee Mullens, the Paralympic star who went on to work with designer Alexander McQueen who fashioned several ornate legs she wore in his fashion show.  Those wooden legs carved with vines were works of art. She now apparently has legs in different heights to fit her mood. With companies like Studio Bitonti and UNYQ allowing prosthesis wearers to literally re-design themselves, I think it is safe to say those of us with all our limbs may soon be the ones to feel “disabled,” or at least left out and a little jealous. 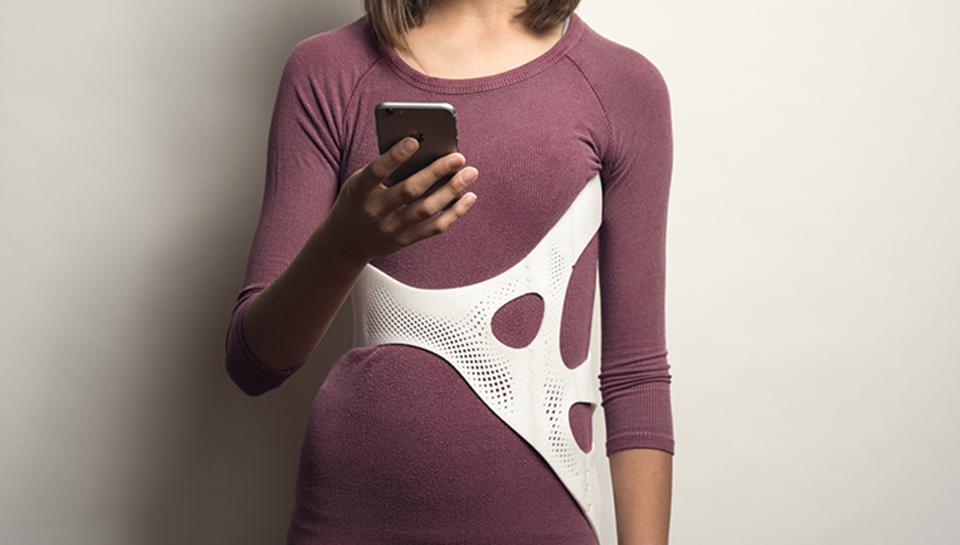 I’m a  fashion designer who has been eagerly waiting for 3D printing to get to the point where I could pop over to my neighborhood bookstore and pick up “Print and Design Your Wardrobe for Dummies.” Alas, it looks like by the time such a book rolls out, 3D printing will have been left in the dust. AI design is a new frontier. What will the experience of being a designer feel like when the process is an organic collaboration between machines and us? Companies like Bitonti Technology are inviting us into a world of limitless possibilities. 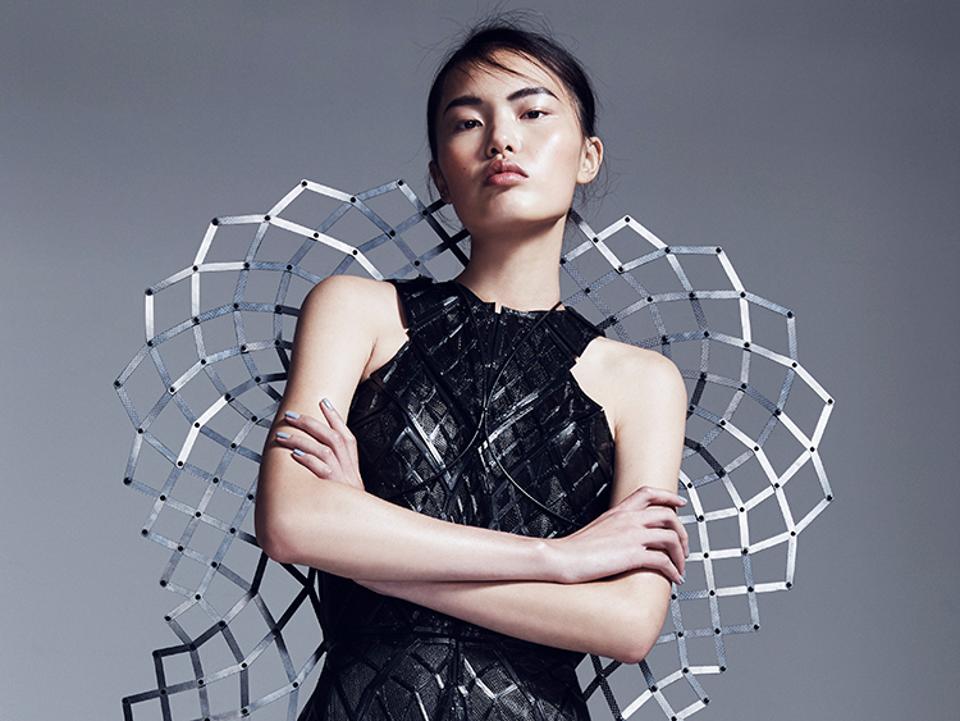